All our products are proudly made in the United States of America. 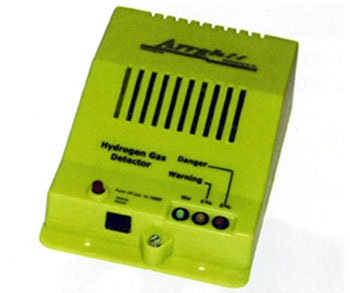 The hydrogen gas detector protects battery charging rooms and other locations where motive and stationary batteries are present by monitoring hydrogen gas levels. Lead-acid batteries on charge emit hydrogen gas after reaching the 80% recharge point. Concentrations of 4% to 75% mixed with air can be explosive. Sparks or hot surfaces can ignite them. The hydrogen gas detector will provide a warning and facilitate dissipation of the hydrogen, by operating alarms and exhaust fans before it reaches the lower explosive limit of 4%.

Two models are available: AC or DC, Optional accessories include steel junction box for mounting on wall or ceiling, remote panel for eye level placement, and modular cable for connecting the remote to the detector. 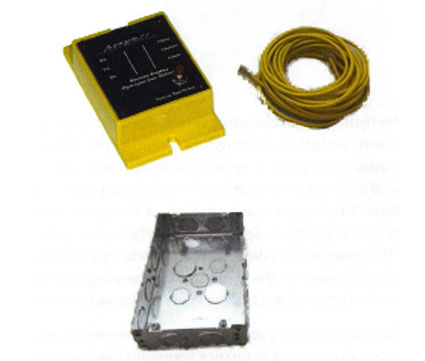